Respect and Support for People Claiming Welfare Benefits Self-help, information and advice on how to prevent and challenge benefit sanctions. Support with ESA, PIP claims, the work programme and other mandatory schemes.

To cut a long story short, I was referred to the WHP on a voluntary basis (I'm LTU, on JSA and have a disability/health problems) and started the programme, then the other day I spoke to my JCP work coach about coming off it and they agreed after running it past the disability advisor.

What happened was that one WC referred me, telling me it was 'voluntary, but we would hope that you'd take it up, and that if I didn't want to stay on it, they'd 'try me with something else'. But I was told at the next sign-on that I wouldn't be seeing that WC again, so I guessed that whether I could leave would be at the new WC's discretion. I feel like they tricked me because the first time my old WC mentioned WHP, they said, 'We're gonna have to put you on the WHP 'cause you've been unemployed x number of years,' implying that it was mandatory, so I'd sort of accepted that I'd be going on it, only to be told it was voluntary at the next signing...

I rang the provider and said I was disengaging. They asked me why and asked me who I'd spoken to at the Jobcentre.

When I spoke to the Jobcentre about coming off it, the disability advsor at the reiterated that WHP was voluntary, and I tried to establish exactly what that meant with the provider at the first meeting. The provider just parrotted the line that 'participating in this programme won't affect your benefits'. That doesn't sound like a straight answer really.

WHP has sent my anxiety levels through the roof - ironically. Although the Jobcentre seem ok with it, idk if I'm out of the woods. I'm afraid that the WHP will try to sanction me or that the Jobcentre will mandate me to attend the WHP.

Any paperwork you've signed you are entitled to ask for a copy. If the referral was voluntary it's not up to a WC to decide whether you can leave or not. You do not need their permission. If you are in any doubt about the referral being voluntary you can ask for a copy of the referral that was made via the DWP computer through a Subject Access Request.

All I know is that if you haven't been on JSA for a full 24 months then the referral can't be mandatory. After 24 months it's mandatory, but health conditions still have to be taken into account as per the Equality Act, such as not being able to travel to the provider's premises via public transport or attending makes you ill etc.

Under the Equality Act you have the right not be harassed by the DWP onto schemes that will make any of your disabilities or any of your health conditions worse. Hope this helps.

I have been on JSA 24 months but I have a disability and health condition which the Jobcentre knows about. The first time my old WC mentioned it, they implied that it was mandatory, but the second time, they said it was voluntary but said, "We'd hope you'd take it up - if you don't like it, we'll try you with something else." I didn't get a referral letter from the Jobcentre which is a bit suspicious, but I don't see why the WC and the provider would both lie to me if it was mandatory - unless they both hoped to catch me out so I'd stop attending and they could sanction me.

The disabilities advisor said it was voluntary when I spoke to them about coming off it. My new WC didn't seem to know I'd been referred to it.

It's not clear where you stand if you're long-term unemployed and have a disability health condition. It's odd, but everyone I've heard of has been referred to WHP as voluntary, even if they're long-term unemployed and not disabled. I've read something about a 24 month wait for referrals if you're not disabled - that could be it, that they're not yet able to make mandatory referrals. For example, Catwoman's letter stated inexplicably that she had an Autistic Spectrum Disorder. It could have been a mistake on the system, which is what she thought, or maybe it's the only way they can refer people atm.

It's made my anxiety MUCH worse.

From what you've said Gallazz you definitely are (or was) on voluntary attendance at the WHP. If not you must have been given a formal mandate letter which you will have had to sign and be given a copy of.

Generally when you've been formally mandated it's easy to know because they don't blather about voluntary this or that, they just hand you the letter mandating you to the WHP (in this case) and say you must attend. The letter contains the conditions and what will happen if you fail to attend. They must do this by law.

Incidentally I'm in the same position as you but there's no way I am volunteering for it. The psychological test given in an open office is typical of these "for profit" schemes. No consideration for your health at all. 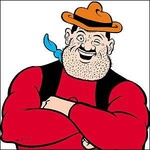 Thanks ABC. Yeah, it makes no sense for them to tell you something's voluntary if it's mandatory, only the other way round...

No, I wouldn't volunteer for WHP, especially if you've got health issues. The only reason you might is to avoid being mandated (which means being coerced, not volunteering for anything), but stand your ground and stay positive!